Aminex, the gas exploration and production company focused on Tanzania, has provided an update to shareholders.

'We have cut costs to appropriate levels and we are awaiting Tanzanian Government approval to move forward with the Ruvuma farm-out to ARA Petroleum of Oman,which upon completion will deliver a $5m cash inflow and a $35 million carry through the further appraisal and development of the Ntorya gas-field. In the meantime, progress is being made at Kiliwani.'

Further to the Company’sannouncement on 29 July 2019 that the longstop date for completion of the Ruvuma Farm-Out to ARA Petroleum Tanzania was extended to 31 October 2019, the Company continues to await Tanzanian Government approval to gain an extension of the Mtwara Licence and transfer of the interest and operatorship of the PSA. All holders of PSAs are similarly awaiting the outcome of a review by the Attorney General’s office. The Company will update shareholders further in due course.

The reprocessing of the select 2D seismic lines over the Kiliwani North Development Licence acreage is complete with minor re-iterations requested from the processor. Data from the reprocessing will benefit the design of a 3D seismic survey and remapping of the licence, using the reprocessed lines, will occur once we have received the final data.The Company continuesto sourceequipment to perform the re-entry and remedial work on Kiliwani North-1. The re-entry, which has been designed to be carried out atminimal costs, is of value to investigate fluid levels in the well and provide an accurate bottom hole pressure measurement which will provide useful reservoir data for future operations and production and equipment is being ordered. The Company will update shareholders when further progress has been made.

Further to its presentation at this year’s Annual General Meeting, the Company has continued with its commitment to reduce its General and Administration (G&A) expenses, particularly given the delays in completion of the Ruvuma Farm-Out. On a like-for-like basis, the current monthly G&A expense for the Group has been reduced by approx. 34% from 2018 levels. The Board will continue to closely monitor all expenses. 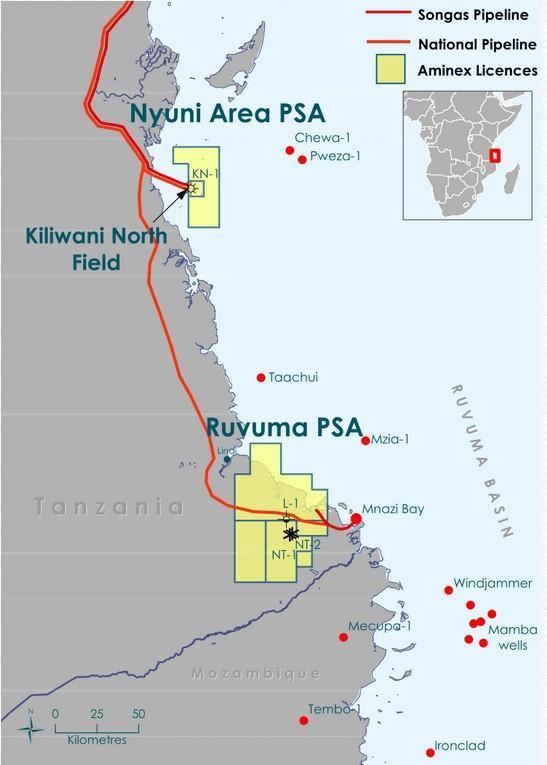