On 25 November 2022, at the Tanzania Petroleum Development Corporation ('TPDC') headquarters in Dar es Salaam, the parties to the Ruvuma PSA signed an addendum to the PSA. The Ruvuma PSA, as with all other PSAs in Tanzania, contained profit share, royalty, and taxation rates only for oil production. The PSA Addendum sets out the relevant terms for gas production.

At the event, the Tanzanian Minister of Energy and Managing Director of TPDC outlined the Government's strong commitment to: 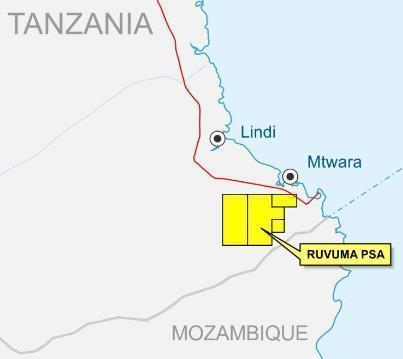 Aminex, with a 25% non-operated interest, is carried throughout the ongoing work programme to a maximum gross capital expenditure of $140 million ($35 million net to Aminex). The carry is expected to see the Company through to the commencement of commercial gas production from the Ntorya gas field, currently scheduled for early 2024, at zero cost.

'We are delighted that another essential stage in developing the Ruvuma asset has been reached. The signing ceremony was a tangible sign of the Government of Tanzania's strong commitment to the Ruvuma project, highlighting their diligent effort to increase energy production, a cornerstone of the country's economic development. The Ruvuma PSA Addendum is just the latest demonstration of the determination of all parties to work constructively and rapidly together to advance this significant project for the further development of the Tanzanian energy sector. We thank the Tanzanian authorities and the operator for their steadfast commitment to bringing the Ruvuma project to fruition.'