The Yothaka East-1well spudded on 28 November 2019 and reached a total measured depth of 3,367m on 3 December 2019. This was drilled and logged ahead of schedule and budget.

Target objectives in the well were intersected within 17m of pre-drill prognosed depths. No significant shows were encountered while drilling the well-developed 400 and 500 series fluvial sands which were a primary objective in the well. The 600 series lacustrine sands, also a primary objective section, were thinner than anticipated with 2 to 3m of net oil pay identified on logs and in cuttings while drilling. The sands correlate with the 620 series sands that are a major producer inthe Manora Oil Field, 3.2km to the North West.

Pressure data indicates the 620 series lacustrine sands at Yothaka East-1 are in pressure communication with Manora via the aquifer. 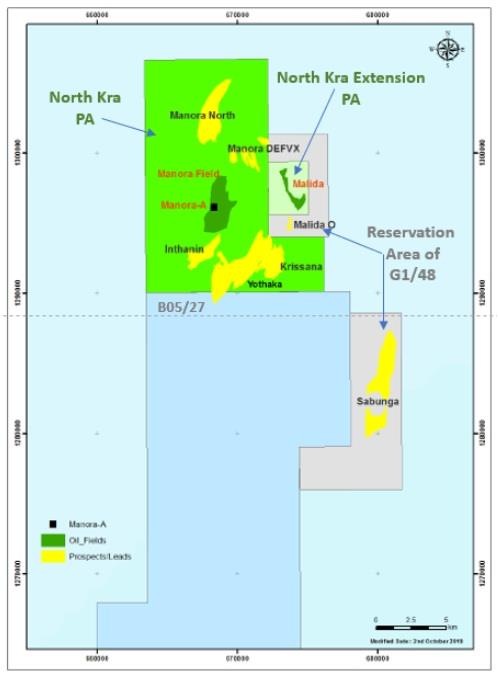 The joint venture partners have responded to the well results with a revised forward plan as follows:

Tap will continue to provide updates on the progress of the drilling campaign in due course.