Columbus Energy has announced the start of Phase 2 of the CO2 Pilot Project in the Trinity Inniss field, onshore Trinidad.

'The Company is very pleased to have started Phase 2 of the CO2 Pilot Project in the Trinity Inniss field, which has the potential to materially increase oil production in the field.  Acting in conjunction with our partner, Predator Oil and Gas, we have already commenced injection of CO2 into the reservoir  and will be building up to continuous injection in the coming weeks. The CO2 project is an important enhanced oil recovery project for both the Company and Trinidad and I look forward to updating the market as to the results of the CO2 injection in due course.'

As previously announced, the term of the Trinity Inniss Incremental Production Service Contract ('IPSC') was extended to allow for the implementation of the CO2 Pilot Project.

Earlier in the year, the Company injected the first tank of CO2 into well AT5X in the Trinity Inniss field and is now proceeding with Phase 2, with the immediate objective of maintaining CO2 injection at the optimum peak rate of 9 metric tonnes per day.  The Company will measure the impact of continuous CO2 injection on oil production in offset wells to AT5X and hopes to see material increases in production levels. 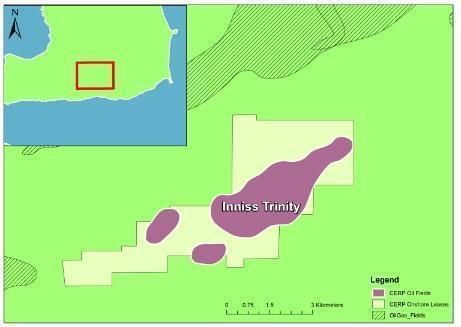