Panoro Energy has announced that the Guebiba 10 sidetrack well ('Gue-10AST') located in the Guebiba oilfield in Tunisia and part of the Thyna Production Services ('TPS') concession has been successfully drilled and completed. The Gue-10AST well encountered two separate commercial oil zones, with very encouraging results. 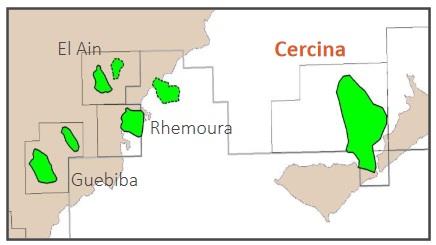 In addition, during October, production has several times exceeded 5,000 barrels of oil per day (“bopd”), with average gross production levels at TPS for the month of October to date of 4,850 bopd (Panoro net 29.4%), prior to any contribution to come from Gue-10AST. A number of planned workover activities have also been completed, with others still underway.

'We congratulate the entire teams at Panoro, ETAP, and TPS for the close collaboration on the successful drilling of the first well at TPS in the last 5 years. We had been able to resume postponed operational activities in August and the results are now starting to be harvested, despite very challenging logistical circumstances due to the current pandemic. The JV has raised production from about 4,000 barrels per day in the first half of the year to approximately 5,000 bopd. Further workover activity is also underway and we look forward to continuing to deliver organic growth at the TPS assets.'

The Gue-10A sidetrack was drilled with the CTF Rig-06 and encountered a significant oil-bearing upper reservoir interval in the Douleb that represents an extremely attractive future development opportunity.

The sidetrack then penetrated the targeted deeper Bireno reservoir, which proved to be oil bearing and broadly in line with expectations. The Bireno reservoir will be produced first, pending future development of the Douleb. The well is now temporarily closed in whilst the rig is demobilised from the well location, it is expected to be on stream by mid-November. In due course, following depletion of the Bireno, the Douleb reservoir will be produced and is expected to deliver high rates of production for a number of years.

This is the first well to be drilled at TPS since 2015, reflecting Panoro’s and partner ETAP’s resolve to increase production in this important set of oil fields forming the TPS concessions.