Zenith Energy has announced that its wholly owned subsidiary Zenith Energy Netherlands has signed a conditional sale and purchase agreement ('SPA') with CNPC International (Tunisia), a 100% subsidiary of CNPC International (CNPCI), for the acquisition of a working interest in, inter alia, the North Kairouan permit and the Sidi El Kilani Concession, which contains the Sidi El Kilani oil field ('SLK').

The Seller holds an undivided 22.5% interest in the Tunisian Acquisition, together with 25 Class B shares in Compagnie Tuniso-Koweito-Chinoise de Pétrole (CTKCP), the operator, representing 25% of the issued share capital of the company.

The Seller has agreed to sell, assign and transfer to Zenith Netherlands the Tunisian Acquisition on the terms and subject to the conditions set out in the SPA.

The consideration payable by Zenith Netherlands under the terms of the SPA is US$300,000.

Completion of the SPA is conditional on approval being granted by the Comité Consultatif des Hydrocarbures ('CCH') of the Republic of Tunisia in respect of the transfer of the Seller's right, title and interest in and under the SLK Concession to Zenith Netherlands.

Upon Completion of the Tunisian Acquisition, the Company's working interest in SLK will equate to a daily production of approximately 300 barrels of oil per day.

The Tunisia Acquisition is Zenith's second acquisition in relation to SLK and enlarges the Company's total conditional interest in the Tunisian Acquisition to 45%. On April 20, 2020, the Company announced to the market that it had signed a conditional SPA to acquire the working interest of KUFPEC (Tunisia), a 100% subsidiary of Kuwait Foreign Petroleum Exploration Company K.S.C.C, a subsidiary of the State of Kuwait's national oil company, in relation to the Tunisian Acquisition.

The Company is expecting regulatory approval from the CCH in relation to the Tunisian Acquisition from KUFPEC in due course. 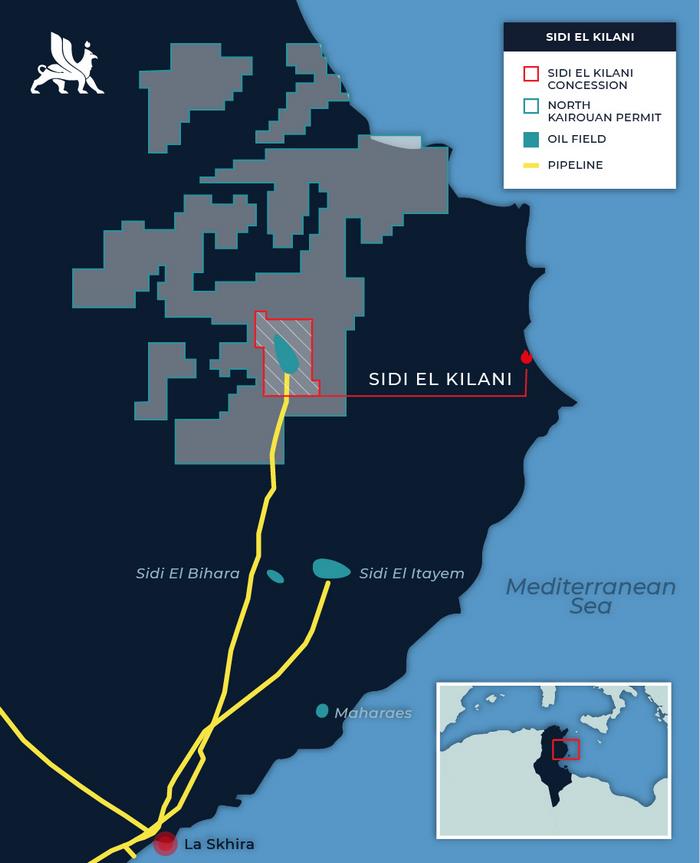 As previously announced, Zenith has already engaged an independent qualified reserves evaluator to produce a new Competent Person's Report in compliance with Canadian securities laws, specifically the COGE Handbook and National Instrument 51-101 - Standards of Disclosure for Oil and Gas Activities, in order to obtain an updated reserves evaluation for the Tunisian Acquisition.

'We are delighted to have concluded this transaction with CNPCI. The Board of Directors is highly satisfied with the favourable commercial terms agreed in relation to Tunisian Acquisition. Upon Completion, the Company will have material daily production revenue and an exciting future in developing the Sidi El Kilani asset in partnership with Entreprise Tunisienne d'Activités Pétrolières (ETAP), the state oil company. We are also very pleased to have increased our presence in Tunisia; a safe, democratic jurisdiction with a long-established history of successful oil and gas production activities for independent companies such as Zenith. The Company has developed a very constructive relationship with CNPCI, and we look forward to exploring further opportunities for mutual cooperation in due course.'