Peter Stephenson, founder and Executive Chairman of Able UK, was speaking after the successful operation to transport the 17,000 tonne Brent Alpha platform from northeast of the Shetland Islands to Able Seaton Port in preparation for its dismantling and recycling. 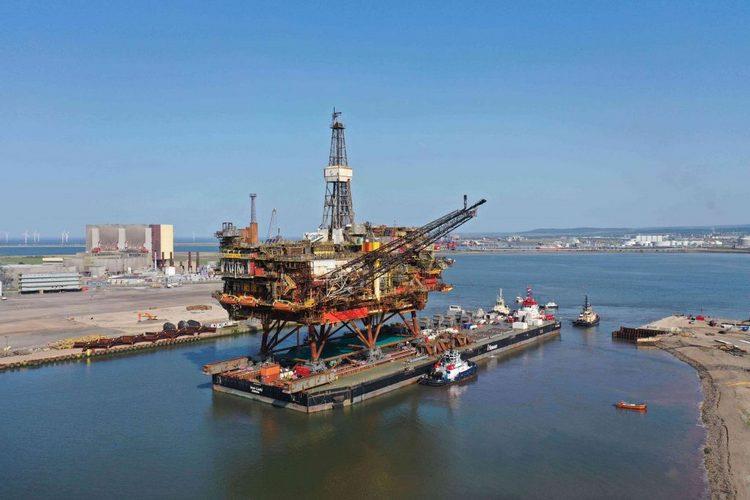 The Brent Alpha is the third platform from the Shell Brent field to be decommissioned at Able Seaton Port. As with the previous platforms, the Brent Delta and Brent Bravo, the operation involved Allseas’ giant single lift vessel ‘Pioneering Spirit’, with the final stage involving the transfer to the Allseas’ cargo barge ‘The Iron Lady’ for the tow into the Seaton Channel and load-in at Able Seaton Port’s specialist £20m quay 6.

Mr Stephenson revealed that, as well as the arrival of the Brent Alpha, further major contracts are set to begin over the coming months—further evidence of Able UK’s international reputation, built up over many years, of the company’s expertise in the international marine decommissioning industry.

He explained 'The Brent contract is just about the most prestigious oil and gas decommissioning project in the world. The fact that we were selected is testament to our commitment to undertake complex and challenging operations to the highest environmental standards, working with many of the world’s major energy companies.

'Gaining our reputation as a market leader has involved major investments at Able Seaton Port, including constructing one of the strongest quays in Europe, with the aim of both remaining at the forefront of the decommissioning industry as well as becoming a key player in exploiting the vast potential of the emerging offshore wind sector.

“As well as beginning work on the Brent Alpha, a further decommissioning contract will commence in July and from the middle of September, Able Seaton Port will be providing the installation base for the 90 Mitsubishi Vestas turbines that will comprise Innogy’s 857MW Triton Knoll offshore wind farm.

'We are uniquely placed to be engaged in the end of life process for parts of the oil and gas sector whilst at the same are becoming increasingly involved in the renewable energies of the future. In many respects we have the bases covered being heavily engaged at both ends of the offshore energy sectors. Even more so in these difficult times this has to be good news for our company, for our region and, of course, for our colleagues.'