AIM-listed Egdon Resources has provided an update on UK offshore licences P1929 and P2304 and the Farm-In Agreement with Shell.

As advised on 21 January 2020, the farm-in by Shell was conditional upon:

In December 2019 Egdon announced that the OGA had granted extensions to the Licences to 31 May 2020. I am pleased to report that the OGA has now agreed to extend further the licence terms and amend the work obligations for both P1929 and P2304 as follows:

The initial term of the Licences shall be extended to 31 May 2024; subject to fulfilling the following firm commitments;

We will now progress the assignment of the licence interests and operatorship of the Licences to Shell.  On completion Egdon will retain a 30% interest in the Licences.  Under the terms of the Farm-In Agreement, Shell will pay 85% of the costs of the acquisition and processing of the 3D seismic survey covering both the Resolution and Endeavour gas discoveries. The carry on the acquisition costs will be capped at US$5 million gross, beyond which Egdon would pay 30% of the survey costs. Furthermore, Shell will also pay 100% of all studies and manpower costs through to the well investment decision on the Licences. 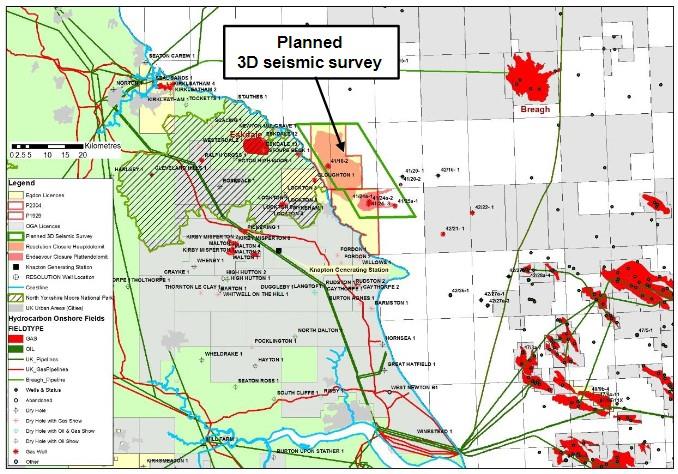 'Working closely with our partner Shell, we are pleased to have reached agreement with the OGA to extend the Licences coupled with revised work obligations and timelines. We will now   focus on completing the licence assignments and transfer of operatorship to Shell and progressing the planned appraisal activity on the Resolution and Endeavour gas discoveries.

The first part of this work programme will be the acquisition of a marine 3D seismic survey.  We look forward to building on our close working relationship with Shell and benefitting from their substantial worldwide operational experience and expertise; notably the development of carbonate reservoirs characteristic of the Resolution and Endeavour discoveries.'