Hurricane Energy, the UK based oil and gas company focused on hydrocarbon resources in naturally fractured basement reservoirs, has provided an operational update in relation to the forward production and testing programme at the Lancaster Early Production System ('Lancaster EPS').

As previously announced, and as detailed at the Company’s Capital Markets Day presentation on 27 April 2020, Hurricane has been carrying out ongoing testing of the two Lancaster EPS wells in order to determine the sustainability of combined production rates up to gross 20,000 bopd. Achieving this target rate at a sustainable level has not been possible as the impact of increasing production rates resulted in instability in the flow regime on the 205/21a-7Z well as a result of interference between the wells. This has led to a decision to shut-in the 205/21a-7Z well for the time being and return to a period of testing maximum sustainable rates from just the 205/21a-6 well. The water production from the 205/21a-7Z well at the time the instability was experienced was in line with the water production that had been seen over the previous weeks.

The Lancaster EPS is currently producing from the 205/21a-6 well at a rate of approx. 10,300 bopd.The Company plans to increase this rate incrementally, to determine its maximum sustainable level. This process will result in a period of production substantially below forward guidance of net 18,000 bopd and Hurricane is therefore suspending previous full year guidance of net 17,000 bopd. Production has averaged 15,500 bopd year to date. 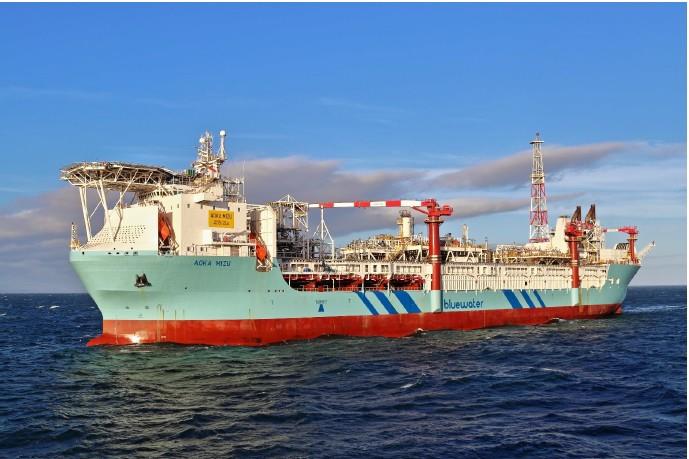 Lancaster oil is produced via the Aoka Mizu FPSO

'The results of the recent testing of the Lancaster EPS wells at elevated combined production rates aredisappointing and the degree of interference encountered is unexpected. Whilst the wells show high productivityindividually, their proximity and associated interference behaviour requires further data acquisition before the Company can be confident about optimum long-term well rates.This latest development reinforces that. This data acquisition process continues,and further updates will be provided once we have determined our target plateau production rate with the existing well configuration.'

The Lancaster field (100% owned by Hurricane) is the UK’s first producing basement field. Hurricane is pursuing a phased development of Lancaster, starting with an Early Production System consisting of two wells tied-back to the Aoka Mizu FPSO. Hydrocarbons were introduced to the FPSO system on 11 May 2019 and the first oil milestone was achieved on 4 June 2019.