AIM-listed Orcadian Energy, the North Sea focused, oil and gas development company, has announced that the Company has licensed a 3D seismic dataset, covering the Company’s Pilot and Blakeney discoveries and the Bowhead prospect within Block 21/27, from TGS. The dataset received was shot during 2011 and 2012 and was reprocessed to focus on the Tay discoveries and prospects during 2018 and 2019.

The Directors believe that this newly reprocessed survey has the potential to provide improved imaging of the Tay sands and that the seismic attributes may provide valuable indications about potential fluid fill of those sands.

The Company has engaged Axis, https://www.axis-wt.com, to interpret the seismic survey and evaluate the Bowhead prospect on the new dataset. This interpretation will enable the Company to update both its estimate of recoverable prospective resources, and the geological chance of success of the Bowhead prospect. This work is expected to be completed during 4Q 2021. 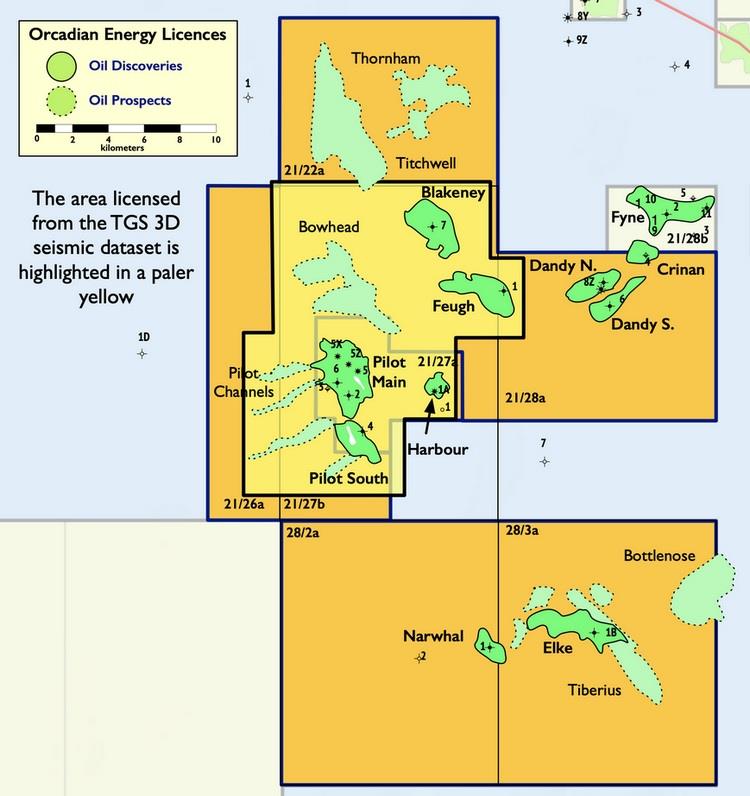