Reabold Resources has announced that Rathlin Energy, operator of the PEDL 183 license onshore UK, has signed a rig contract for the drilling of the West Newton appraisal well, expected to spud in April 2019.  Reabold has a 37 per cent. equity interest in Rathlin, which has a 67 per cent. interest in PEDL 183 and the West Newton project.

The appraisal well at West Newton will have two objectives. The first objective is to appraise the Kirkham Abbey Formation gas discovery which has a 72 per cent. chance of success and an NPV of $185m*. The second objective of the well is to test a deeper Cadeby Formation reef flank oil prospect, considered by Rathlin to have an NPV of $850m and a 24 per cent. chance of success*.

In line with Reabold's investment strategy, West Newton, in a success case, offers a fast pathway to monetisation through its proximity to existing gas pipelines and infrastructure.

* Connaught Oil & Gas Limited management estimate. Connaught has a 35 per cent interest in Rathlin and is operator.

In 2017, Deloitte prepared a CPR for Connaught Oil & Gas incorporating both the data from the West Newton discovery well and subsequently acquired 3D seismic data over the field. The Deloitte CPR assigns Contingent Resource to the Kirkham Abbey gas formation and is the source of management volumetric assessments. 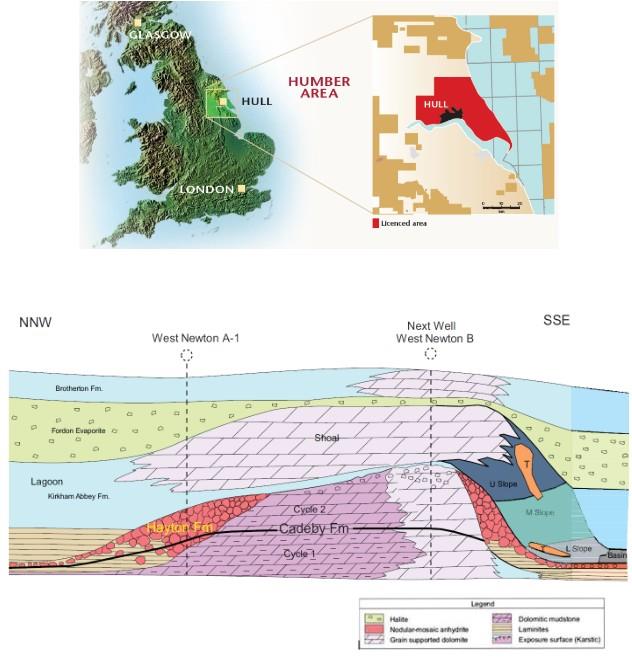 'Reabold is delighted that the appraisal drilling of West Newton has progressed so quickly since we made our investment to fund the well. Both the scale and location of the resource in East Yorkshire make it a highly strategic asset. We look forward to the drilling and testing of this well in the coming weeks.'