UK Oil & Gas (UKOG) has completed the acquisition of Magellan Petroleum (UK) Investment Holdings from Tellurian Investments for a total consideration of £12 million in cash and UKOG shares. The addition of Magellan's 35% direct interest in the Horse Hill oil field, held through the PEDL137 and PEDL246 licences, significantly increases the Company's holding in its flagship asset, from 50.635% to a controlling 85.635%, a 69% increase in UKOG's associated Horse Hill net asset value and net reserves/resources.

Following the acquisition, ongoing civil works at Horse Hill, necessary to enable simultaneous Horse Hill-2/2z ('HH-2/2z') drilling and HH-1 Kimmeridge test production, are expected to be completed this week, with drilling expected to start before the end of September.  Further HH-2/2z operational updates will be made in due course. 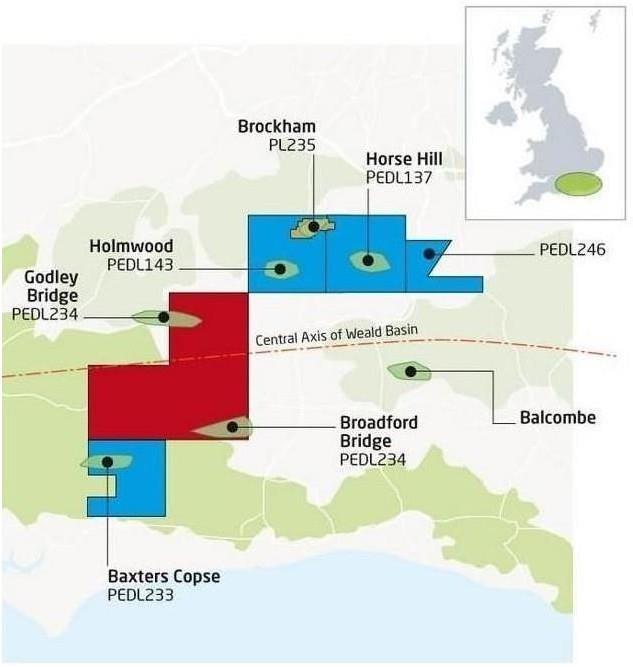 The £12 million consideration is payable in three tranches:

An application has been made for the Consideration Shares to be admitted to trading on AIM, which are anticipated to be available for trading on or around 12th September 2019 ("Admission").

Further to our announcement of 7th August, whilst the completion of this transaction does not require formal Oil and Gas Authority ('OGA') approval, the Company has sought a comfort letter from the OGA to the effect that it has no objection to the change of control of Magellan as a licensee; we await their formal response.

'The completion of this transformational acquisition of a further 35% in our flagship asset means UKOG is now firmly in the driving seat at Horse Hill, holding a controlling 85.635% interest. Our operations team is now poised to commence simultaneous Horse Hill-2/2z Portland drilling and HH-1 Kimmeridge test operations before month's end. The remainder of the year at Horse Hill looks set to be highly eventful and, hopefully, financially transformative, as we drive to seek establishing permanent oil production by year end.'