AIM-listed Union Jack Oil, a UK focused onshore conventional hydrocarbon production, development and exploration company, has announced an update from Rathlin Energy (UK) (the 'Operator'), in respect of the estimated in-place oil and gas volumetrics of the Kirkham Abbey reservoir in the West Newton project area, contained within PEDL183. 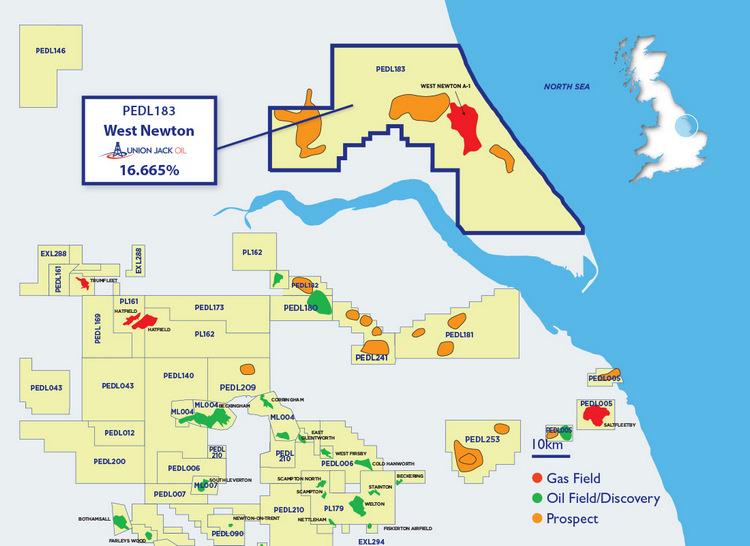 Based on the well and test data, and subsequent analysis to date, the Operator has provided updated volumetric estimates for two scenarios, a Base Case and an Upside Case, resulting in the following in-place estimates:

Basis for Re-Evaluation of the Kirkham Abbey Reservoir

PEDL183 covers an area of 176,000 acres and is situated in East Yorkshire, within the Southern Permian Basin. Union Jack holds a 16.665% interest in this licence, which contains the West Newton A-1 discovery well and the West Newton A-2 appraisal well.

'The results of the Operator's analysis confirm that the estimated in-place hydrocarbon volumes at West Newton comprise a significant proportion of liquids, which represent a material increase over and above those figures provided by the existing CPR.

'We are looking at an onshore project with potential offshore resources, and to date, West Newton is demonstrating the elements required to become a significant conventional hydrocarbon development project in the future.'