As you may be aware, some councillors on East Riding of Yorkshire Council's planning committee raised concerns with the scale of our West Newton A application during the 30 September 2021 meeting. Despite the officers' recommendation for approval, the application was refused, with the scale of the development being an important factor in the committee's final determination.

While we continue to receive legal advice regarding an appeal of the decision, re-submitting a revised application is a viable option. Having received the decision document explaining the reasons for refusal, we are now working on a revised approach for the proposed development, in line with the comments made by your Council representatives. Taking on board the concerns regarding the scale of the development, and other points raised by the local community, we now intend to submit a new application, with the intent of addressing the scale of the development by reducing the site footprint and reducing the number of wells to be drilled.

We will also be providing a more detailed landscape and planting proposal to enhance the screening of the site and will examine more extensively the potential for passing places along Pasture Lane and other traffic management proposals. The revised timeline for approving our application will now allow us to present our development in more detail and to provide additional information to you and the committee.

As the proposed planning application is of smaller scope than previously assessed, the environmental assessments required to accompany the planning application should only need minor amendments which will allow us to submit the revised application by the end of 2021. We shall take on board comments from the last application and will circulate more information to you once it is available.

At West Newton B our current planning permission has a condition that requires operations to be completed by April 2022. Despite our continued operational efforts since site construction was initiated, it is unlikely that the originally proposed work scope will be finished before the expiration date. We therefore we will be applying to the East Riding of Yorkshire Council to vary this condition.

The original development was approved to allow for two wells to be drilled and tested, and after the encouraging results from the West Newton B1z well, as well as the A site wells, we are requesting further time to drill and test the second well at the site. The application will not make any changes to the proposed development activity.

We will aim to submit this application by the end of the year so that the WNA and WNB applications can run along the same timeline.

Hydrocarbons will continue to play an ongoing and essential role in UK, for both energy supply and as a raw material, now and for the next generation of East Riding of Yorkshire residents and businesses. Over the next 25 years there will be a co-ordinated and concerted effort to reduce emissions and we are absolutely committed to supporting the UK government in this transition phase. Using locally sourced resources will not only help to reduce the risks associated with being a net hydrocarbon importer, but it will also act as a more environmentally friendly stepping-stone to support the evolution to a more sustainable future. We are committed to working with East Riding of Yorkshire Council and the local community to bring about the production of local hydrocarbons in a responsible manner.' 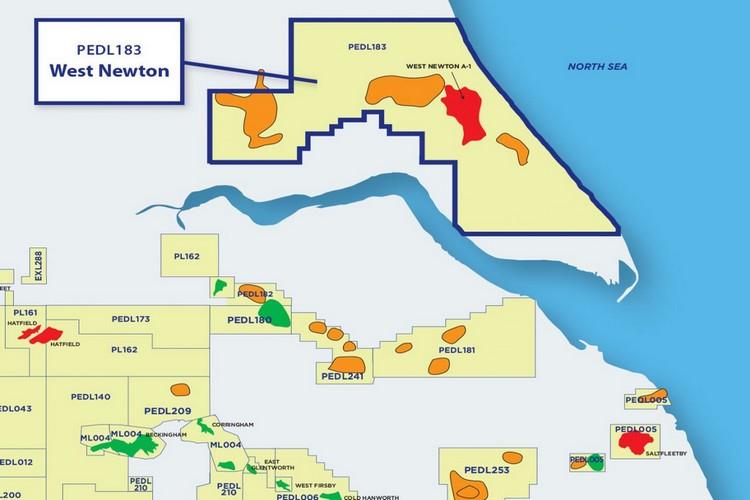 Union Jack holds a 16.665% economic interest in PEDL183, encompassing an area of 176,000 acres and located within the Western Sector of the Southern Permian Basin, onshore UK north of the river Humber.  PEDL183 contains the West Newton A-1, A2 and B1z hydrocarbon discoveries.