Wressle is located within North Lincolnshire licences PEDL180 and PEDL182. Union Jack holds a 40% economic interest in these licences. 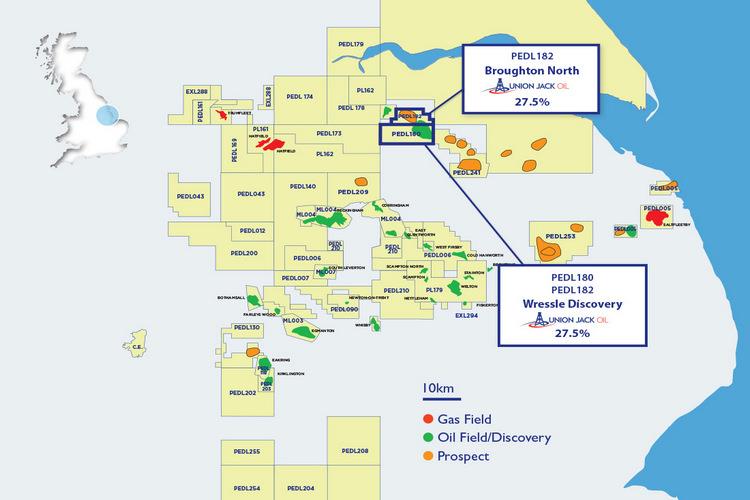 The workover rig and associated services and equipment were successfully mobilised to Wressle during the week commencing 4 January 2021 and operations to recomplete and reperforate the well have commenced.

Operations are expected to be completed to enable the Ashover Grit reservoir to be flowed prior to the end of January 2021 as previously advised.

The Ashover Grit reservoir is expected to produce 500 barrels of oil per day ('bopd') at a constrained rate, increasing Union Jack's net production by an additional 200 bopd when fully on stream.

Recent photographs and video footage of Wressle can be found on the Company`s website, unionjackoil.com.