US: 88 Energy provides update on Project Peregrine on the North Slope of Alaska

88 Energy has provided an update related to Project Peregrine, on the North Slope of Alaska.

In 2019, seismic reprocessing work was undertaken over 88E’s Project Peregrine as well as on strategically selected regional 2D lines that extended into the Willow oil field to the north of the project area. This work indicated that the same shelf margins and geology extended from Willow south into 88E’s acreage and analogous seismic signatures were evident at the discovered field and 88E’s prospects. This was the basis for the mapping of the prospects and the independent resource estimate released in January 2020 and updated May 2020.

Subsequent to the reprocessing, amplitude vs offset studies (AVO) were also conducted and 88E has finalised its review of these products, with very encouraging results. The studies were calibrated to the existing Willow oil field to determine if similar attributes (in addition to those observed on the reprocessed seismic) could also be observed at the Project Peregrine prospects, Merlin and Harrier. The signatures observed, in particular for Fluid Factor, are very similar between the Willow oil field and the Merlin and Harrier prospects. 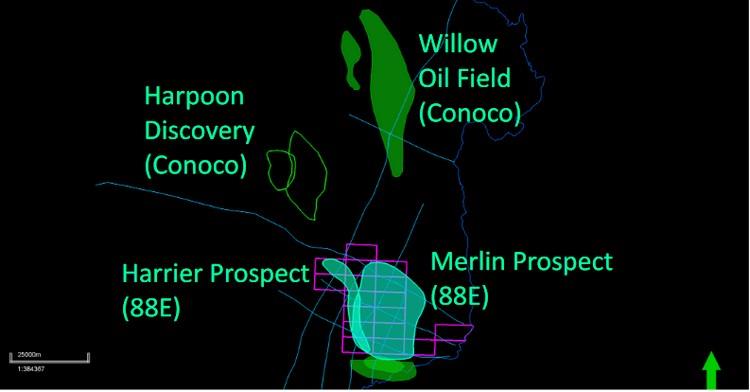 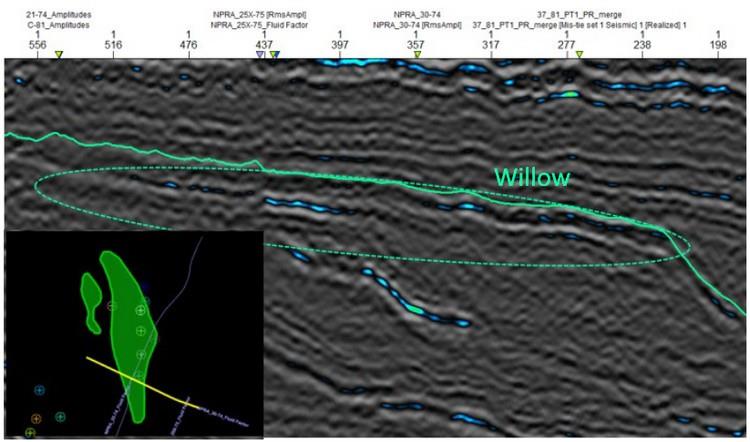 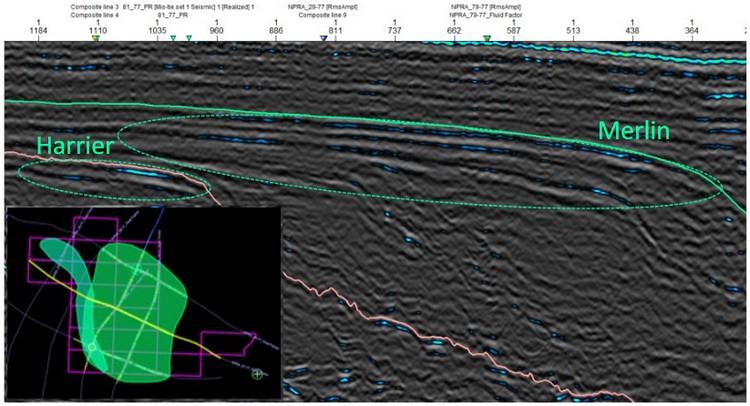 The dataroom for the Project Peregrine farm-out has now been open for several weeks, with multiple parties at various stages of technical due diligence, several of whom are now progressing to commercial discussions. 88E is targeting close of a deal prior to year-end 2020.

Permitting and planning work related to drilling of up to two wells at Project Peregrine, commencing 1Q2021, remains on schedule.

'The recent AVO work is highly encouraging and provides additional confidence in both the Merlin and Harrier prospects. Additionally, both planning and farmout activity is progressing well towards the planned 1Q2021 spud date, now less than 6 months’ away.'