Argos, the centerpiece of bp’s $9 billion Mad Dog 2 project, has arrived in the US after safely completing its 16,000-mile journey from South Korea to the Kiewit Offshore Services fabrication yard in Ingleside, Texas.

The arrival of the new floating production unit is a  major milestone towards the completion of Mad Dog 2. Once online, Argos will significantly strengthen bp’s high-margin oil and gas business in the Gulf of Mexico. It’s also expected to support about 800 jobs during the work in Ingleside and about 250 jobs once in operation. 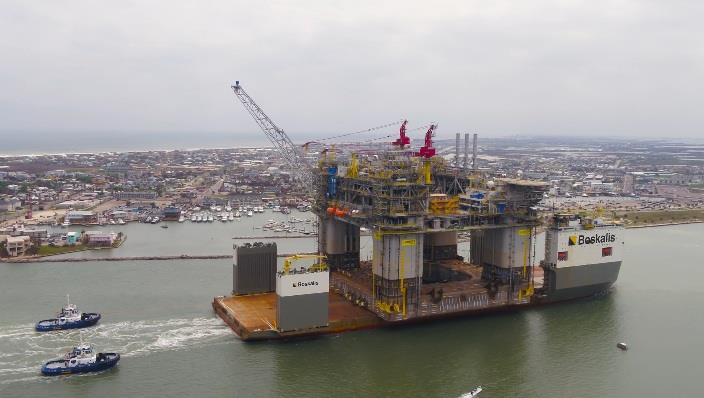 Argos, a semi-submersible, floating production platform, will be the company’s fifth operated platform in the Gulf of Mexico– and the first new platform since Thunder Horse began production in 2008. It will provide bp with growth potential and an estimated 25% increase in production capacity in the region.

This underpins a key pillar of bp’s strategy: a resilient and focused hydrocarbons business that will be a key source of earnings to drive bp’s transformation into an integrated energy company.

Gordon Birrell,executive vice president, production & operations: 'This is a major step towards the delivery of one of bp's most significant projects in recent years. When Argos is fully in place, Mad Dog 2 will be set to deliver resilient barrels from one of the most prolific basins in the world, strengthening our position in the Gulf for years to come.'

Construction of the 60,000-ton platform – with a deck the length and width of an American football field – began in March 2018 at Samsung Heavy Industries shipyard in South Korea. It was transported to Texas over the past 60+ days onboard the Boskalis BOKA Vanguard heavy transport vessel. While in Texas, Argos will undergo final preparatory work and regulatory inspections before heading offshore.