AIM-listed Mosman Oil and Gas has advised that the Stanley--4 well in East Texas has completed drilling after reaching the target depth of circa 5,000 feet.

Drilling was completed successfully. Several zones of interest were identified while drilling, in line with expectations. The well has now been logged to evaluate the target zones. Logs indicate several potential pay zones in the Yegua formation between 4600-4900 feet.

The well will now be completed and tested. Flow rates will be advised when data is available.

This makes a total of four wells drilled by the joint venture at the Stanley project, with positive results. 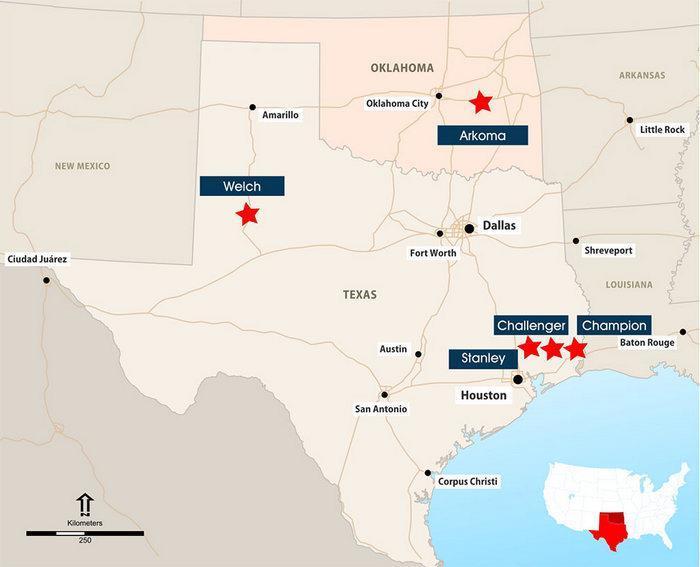 Mosman's US projects - including the Stanley project (Source: Mosman)

'We are pleased to deliver this next step, further demonstrating the team's ability to advance its business plan. Attention now turns to flow testing Stanley-4, as well as well as the drilling of Falcon-1.'