US: RWE’s onshore wind farm El Algodon Alto in the U.S. in operation

RWE Renewables’ El Algodon Alto, a 200-megawatt (MW) onshore wind farm, located in San Patricio County, Texas, is in operation. The project, located in the Electric Reliability Council of Texas (ERCOT) south market, is powered by 91 Vestas turbines and will generate enough electricity to power more than 60,000 homes. In total, the project spent more than $11.1 million locally during the construction period. 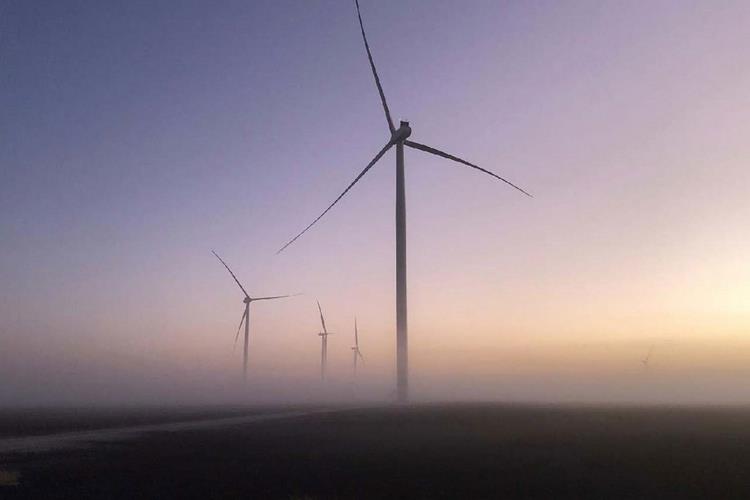 With the addition of El Algodon Alto, RWE will have delivered a total installed generation capacity of more than 3,700 MW of wind power online in the state of Texas, including more than 1,700 MW on the Texas coast.

The U.S. accounts for more than one third of the RWE Group’s renewables capacity playing a key role in RWE’s strategy to grow its renewables business and to become carbon neutral by 2040. RWE develops, builds, owns and operates some of the highest performing wind, solar and energy storage projects in the U.S., having installed more than 5,000 MW (4,288 MW pro rata) of generation capacity to date.

RWE’s very experienced U.S. team is driving the expansion plans not only in onshore wind, solar PV and storage, but also in offshore wind, to contribute to RWE’s ambitious goal of 50 GW net installed capacity in 2030.

Just a few months ago, the company, together with its joint venture partner National Grid Ventures, secured area OCS-A 0539 in the New York Bight offshore lease auction in the U.S. with a potential to host 3 GW of capacity, enough to power 1.1 million U.S. homes. In addition, RWE has entered into a joint venture, New England Aqua Ventus, focused on floating offshore wind in the state of Maine.

'We’re excited to announce another one of the projects in our development pipeline is operational. El Algodon Alto continues our momentum to providing cleaner sources of generation in Texas. We’re proud to create local, high-paying jobs during the operations phase in addition to employing 200 to 300 people during our recently completed construction phase of the project. RWE continues to have a strong focus on the U.S. market and adding further operational projects demonstrates our ambition in renewable energy,' said Silvia Ortín, CEO Onshore Wind and Solar PV Americas, RWE Renewables.