Invictus Energy has announced that the Company’s Cabora Bassa project at Muzarabani held through the Company’s 80% interest in Geo Associates (Private) Limited has been classified as a priority development project by the Office of the President and Cabinet of Zimbabwe.

By way of background, the Ministry of Mines and Mining Development has been tasked to identify priority projects to be implemented under the new Zimbabwe Government’s 5th 100 Day Cycle Priority Projects using the Rapid Results Initiative.

The Company’s Cabora Bassa project has been classified as one of the key projects within Zimbabwe that can provide a significant economic benefit to the economy in pursuit of the vision of becoming a Middle Income Economy by 2030.

The board is encouraged by the strong support being offered by the Government of Zimbabwe to fast track the Cabora Bassa project to achieve a number of outcomes including the finalisation of a Production Sharing Agreement (PSA) with the Republic of Zimbabwe. The PSA will ensure that a predictable, stable and transparent legal and fiscal regime is put in place that is commensurate with terms in the region, follows international best industry practice and meets the country’s aspirations.

Invictus and One-Gas Resources look forward to working in conjunction with the Office of the President and Cabinet and the Zimbabwe Ministry of Mines and Mining Development and other Ministries to progress the Cabora Bassa project to ensure that key outcomes are delivered during this period. 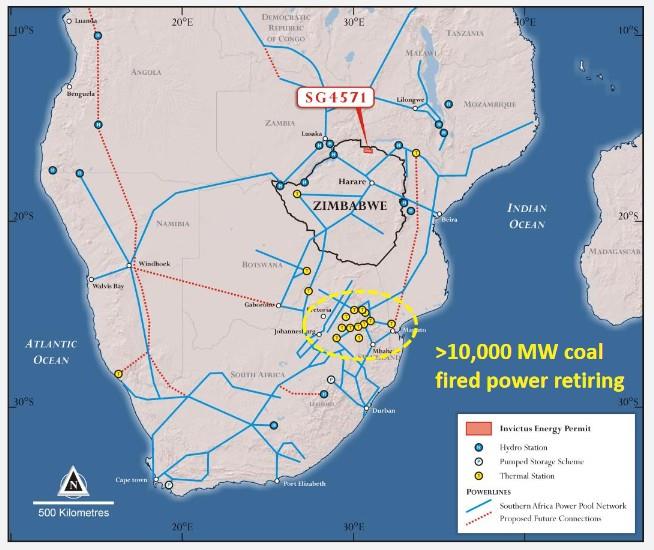 About the Cabora Bassa Project

The Cabora Bassa Project encompasses the Mzarabani Prospect, located in Special Grant (SG) 4571 in Muzarabani, a multi-TCF and liquids rich conventional gas-condensate target, which is potentially the largest, undrilled seismically defined structure onshore Africa. The prospect is defined by a robust dataset acquired by Mobil in the early 1990s that includes seismic, gravity, aeromagnetic and geochemical data.